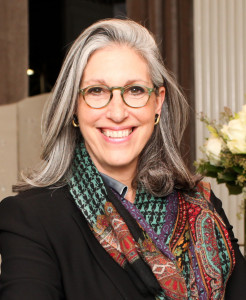 Deborah Nadoolman Landis, costume designer and historian, received an MFA in Costume Design from UCLA and a PhD in the History of Design from the Royal College of Art, London. Her distinguished career includes the horror/comedy Burke & Hare (2010), the classic Animal House (1978), An American Werewolf in London (1981), Raiders of the Lost Ark (1981), Coming to America (1988, for which she was nominated for an Academy Award™), and the costumes for the groundbreaking music video Michael Jackson’s Thriller (1983).
Professor Landis is the author of many books including Screencraft/Costume Design (Focal Press, 2003), Dressed: A Century of Hollywood Costume Design (Harper Collins, 2007), Hollywood Sketchbook: A Century of Costume Illustration (Harper Collins, 2012), FilmCraft: Costume Design (Ilex Press, 2012) and the award winning 2012 catalogue for the landmark exhibition, Hollywood Costume, which she curated at the Victoria & Albert Museum in London.Deborah Nadoolman Landis served as a two-term president (2001-2007) of the Costume Designer’s Guild, Local 892, of which she has been a member for more than 35 years.
She is a Governor of the Academy of Motion Picture Arts & Sciences and serves on the Executive Board of the Library of Congress National Film Preservation Foundation. Professor Landis holds the David C. Copley Chair and is the Founding Director of the David C. Copley Center for Costume Design at UCLA’s School of Theater, Film and Television. 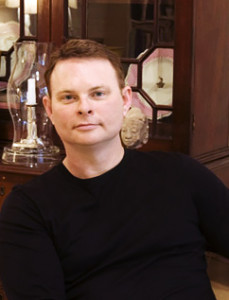 Peter McNeil, Professor of Design History and Associate Dean for Research at the University of Technology Sydney, is a leading scholar in the fields of art and design history and fashion studies, and has a long record of publications on specific themes including
fashion and fiction, and cultural history. His most recent book is Fashion Writing and Criticism (with Sanda Miller).
He is currently completing a series of monographs: Luxury (with Giorgio Riello) and ‘Pretty Gentlemen’: The 18thCentury Fashion World. He led a UTS Partner Grant with the Sydney Jewish Museum, Dressing Sydney – The Jewish Fashion Story (2012), and was an Investigator within Fashioning the Early Modern: Innovation and Creativity in Europe, 1500-1800, a one-million euro HERA funded project (2010-2013). His current research programme includes Partner Investigator in a Leverhulme Trust International Network Grant, ‘Luxury and the Manipulation of Desire: Historical Perspectives for Contemporary Debates’; and writer and consultant for Los Angeles County Museum of Art, Reigning Men – Men’s Fashion c. 1715 – 2015.
He is editor and co-editor of nine works on fashion, including the best-selling Shoes: A History from Sandals to Sneakers (with G. Riello, Berg 2006; 2011); and the award winners: Critical and Primary Sources in Fashion (4 vols, Berg, 2009) and The Fashion History Reader (Routledge, with G. Riello, 2010).
He is a regular critic, reviewer and co-curator of events, especially exhibitions, which have received considerable international attention.